Every year, many millions of prescriptions are written to treat anxiety and panic attacks. These medications are some of the most commonly prescribed drugs. They are considered safe by the FDA but that is questionable considering the side effects. After all, the FDA approved the drug Thalidomide and you know what happened with that. (children born without limbs and other birth defects).

Sadly, these medications do not always work, they can’t be used by everyone, and they have a multitude of unacceptable and troubling side effects. That they are highly addictive is a huge one.

For many of these reasons, more people are turning to natural remedies to take control of their anxiety instead of using addicting and dangerous drugs.

For many of these reasons, more people are turning to natural remedies to take control of their anxiety instead of using addicting and dangerous drugs. Natural remedies have always had strong traditional histories of safe and effective and easy use.

Science has shown that many of them work even better than anti-anxiety drugs.

There are many safe, drug-free remedies for anxiety, from mind-body techniques to supplements to calming teas. Some start working right away, while others may help lessen anxiety over time. Some people feel natural remedies do not work are useless . There are several reasons why natural remedies may not work. One reason that they may seem to not work is that a person does not take it faithfully. Or they can be taking too low of a dose. And lastly, they did not give it enough time to work. It can take 2-4 weeks and some a few months to see results. Healthy supplements treat the root cause of problems, not just cover them up. This is a big reason there are not “Quick Cures”, ones that cover up the symptoms and do not get to the root cause. Because of this doctors then add more medicines to take care of the side effects. It is a never ending battle of more and more medication.And leaves the person debilitated and still sick.

If you have a stressful moment, a cup of chamomile tea could help calm you down. Some of the compounds in chamomile (Matricaria recutita) bind to the same brain receptors as drugs like Valium.

Another thing you could do is to take it as a supplement, and it is typically standardized to contain 1.2% apigenin (an active ingredient), along with the dried chamomile flowers. In one study at the University of Pennsylvania Medical Center, in Philadelphia, patients with generalized anxiety disorder (GAD) who took chamomile supplements for eight weeks had a significant decrease in anxiety symptoms compared to patients taking a placebo.

Research shows that L-theanine an help curb a rising heart rate and to lower blood pressure, and a few human studies have found that it reduces anxiety. In one study, subjects that were prone to anxiety were calmer and much more focused during the test if they took 200 milligrams of L-theanine before the test.

You can get that much L-theanine from green tea, but you’ll have to drink many cups—as few as five , or as many as 20.

Yes, it’s in beer, but you can not get the tranquilizing benefits of the bitter herb hops (Humulus lupulus) from a beer. The sedative compound in hops is a very strong and very volatile oil, so you will need to get it in extracts and tinctures—and as aromatherapy in hops pillows. Hops are often used as a sedative, to promote sleep, and often are combined with another herb, valerian. *Note: Do not take sedative herbs if you are taking a prescription tranquilizer or sedative, and let your doctor know any supplements you are taking.

Some herbal supplements will reduce anxiety without making you tired (such as L-theanine), while others are like sedatives. Valerian(Valeriana officinalis) is in the second group. It is used a sleep aid for insomnia. It contains sedative compounds and the German government has approved it as a treatment for sleep disorders.

Valerian smells kind of gross, so most people take it as a capsule or tincture, instead of a tea. If you want to try it, take it in the evening and not before you go to work! You do not want to be sleepy at work especially if you have a job requiring you to be alert. Valerian is often combined with other sedative herbs such as hops, chamomile, and lemon balm.

While it’s usually generally safe but be aware that there are some studies that have found that taking too much lemon balm can actually make you more anxious, which is a paradoxical effect, So follow the directions and start with the smallest dose. Then you can work up to a dose that works for you. Lemon balm is sold as a tea, capsule, and tincture. It’s often combined with other calming herbs such as hops, chamomile, and valerian.

Ok, let it out now. Yoga breathing has been shown to be very effective in lowering stress and anxiety. In his bestselling 2011 book Spontaneous Happiness, Andrew Weil, MD, introduced a classic yoga breathing technique he calls the 4-7-8 breath.

“Almost universally, people get more anxious and irritable when they are hungry,” says Dr. Ramsey, coauthor of The Happiness Diet. “When you get an anxiety attack, it may just mean your blood sugar is dropping. The best thing to do is to have a quick sustaining snack, like a handful of walnuts, or a piece of dark chocolate, along with a glass of water or a nice cup of hot tea.”

In the long term, diet is key to reducing anxiety, says Dr. Ramsey. His advice: Eat a whole-foods, plant-based diet with carefully selected meat and seafood, plenty of leafy greens (such as kale) to get folate, and a wide variety of phytonutrients to help reduce anxiety.

Stop starving yourself, advises Dr. Ramsey. “Many people with anxiety disorders do skip breakfast. It is highly recommended that people eat things like eggs, which are are filling and filled with protein, and are nature’s top source of choline. Low levels of choline are associated with increased anxiety.”

And I have saved the best for last!!!

Cannabidiol (CBD) is a naturally occurring compound found in the flower of cannabis Hemp Plant which is a plant with a wide  history as medicine going back thousands of years. Today now, the therapeutic properties of CBD are being tested and confirmed by scientists and doctors around the world. It is a safe, non-addictive substance, CBD is one of more than a hundred “phytocannabinoids,” which are completely unique to cannabis/hemp and endow the plant with its huge therapeutic profile.

CBD is closely related to another important medicinally used phytocannabinoid: tetrahydrocannabinol (THC) is the compound that causes the “high” that cannabis/ marijuana is famous for. These are the two components of cannabis that have been most studied by scientists.

Both CBD and THC have very important therapeutic uses. But unlike THC, CBD does not make a person feel “high”” or feel intoxicated. That’s because CBD and THC act in different ways on different receptors in the brain and body.

The fact that CBD is therapeutically potent and pure as well as non-intoxicating, and very easy to take as a CBD oil, makes it an appealing treatment option for those who are cautious about trying cannabis for the first time. There are so many ways to take CBD. Most popular is CBD OIL Tincture that goes under the tongue and it is absorbed into the body. The second favorite way of taking CBD is Vaping. This gets CBD into the blood very fast and is the fastest way to be absorbed into the body. Vaping is using a special device called Vape Pen that immediately heats up the CBD oil and it then forms water vapor and is then inhaled. then absorbed into the bloodstream.

Extensive scientific research – much of it sponsored by the U.S. government – and mounting anecdotal accounts from patients and physicians highlight CBD’s potential as a treatment for a wide range of maladies, including (but not limited to):

To order the best, strongest and most potent, most pure and best prices,

COMMENT if you have more ideas and recommendations!! I would love to hear from you!! 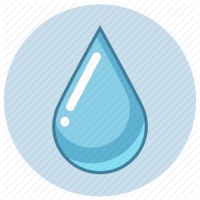 Curing mental and physical ailments with herbs, oils and nature

Apps for any screen

A daily selection of the best content published on WordPress, collected for you by humans who love to read.

The best longform stories on the web

The latest news on WordPress.com and the WordPress community.